Our mission today is to honor and promote the international influence the NATO Command in Norfolk, VA, and its 30 member nations brings to our city. Festival events include education programs for our children, cultural events to engage all citizens, and opportunities to empower our industries.

Norfolk NATO Festival is the longest continuously running Festival in the Hampton Roads region, and the only one of its kind in the United States which honors the NATO Alliance and its member nations.

In 1951, the Women’s Club of Norfolk and a number of Norfolk’s garden clubs embraced an idea espoused by Fred Heutte, the city’s Superintendent of Parks and Forestry, to promote the city’s floral beauty through an annual Festival. Named the Norfolk Crape Myrtle Festival, it took place in Stone Park, located at the north end of The Hague, in the heat of the August sun. However, after the 1952 Festival, city business leaders from the Norfolk Chamber of Commerce, the 21st Street Business Area Association, and the Retail Merchants Association revised the Festival’s theme and season, choosing a springtime Azalea Festival to highlight the beauty of the one-hundred acre Norfolk Azalea Gardens (now called Norfolk Botanical Gardens). The Festival was operated and financed as a Committee of the Chamber of Commerce, in cooperation with the City of Norfolk, from 1953 to 1998.

In 1953, NATO (North Atlantic Treaty Organization) established its first and only Command in North America, Supreme Allied Command, Atlantic, in Norfolk, Virginia. Aligning the city’s Azalea Festival with the newly formed NATO command helped it to stand out from the multitude of other azalea festivals in nearly every state south of Mason-Dixon line. One year after NATO’s arrival, Norfolk city leaders renamed this event the International Azalea Festival, which served the dual purposes of a salute to the allied forces and celebrating the beauty of the city’s gardens. 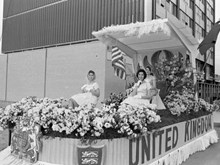 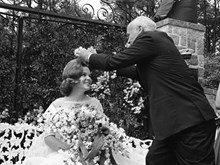 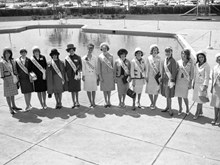 Today, Norfolk is home to two different NATO commands, including Allied Command Transformation (ACT), Joint Force Command Norfolk, and one NATO Center of Excellence, the Combined Joint Operations from the Sea. In 2009, NATO celebrated its 60th Anniversary, with 28 full member nations and 22 Partnership for Peace nations as part of the Alliance, providing an ever-increasing and dynamic international community here in Hampton Roads. In 2021, NATO boasts 30 member nations and 21 Partnership for Peace nations, demonstrating the strength of the world's oldest Alliance.

In the more than 50 years since its inception, the Festival has developed into a nonprofit 501(c)(3) corporation, which produces numerous cultural and educational events that are attended annually by thousands of people.
The Festival is proud to partner with other community organizations, including the Virginia Arts Festival, Visit Norfolk, Norfolk Public Schools, and the NATO command, to produce these events. In 2009, the Festival changed its name again to the Norfolk NATO Festival. Its goals include creating new friendships, providing a basis for cultural exchange, recognizing the military’s role in maintaining peace in the world, and pursuing new lines of trade between Norfolk and the world.