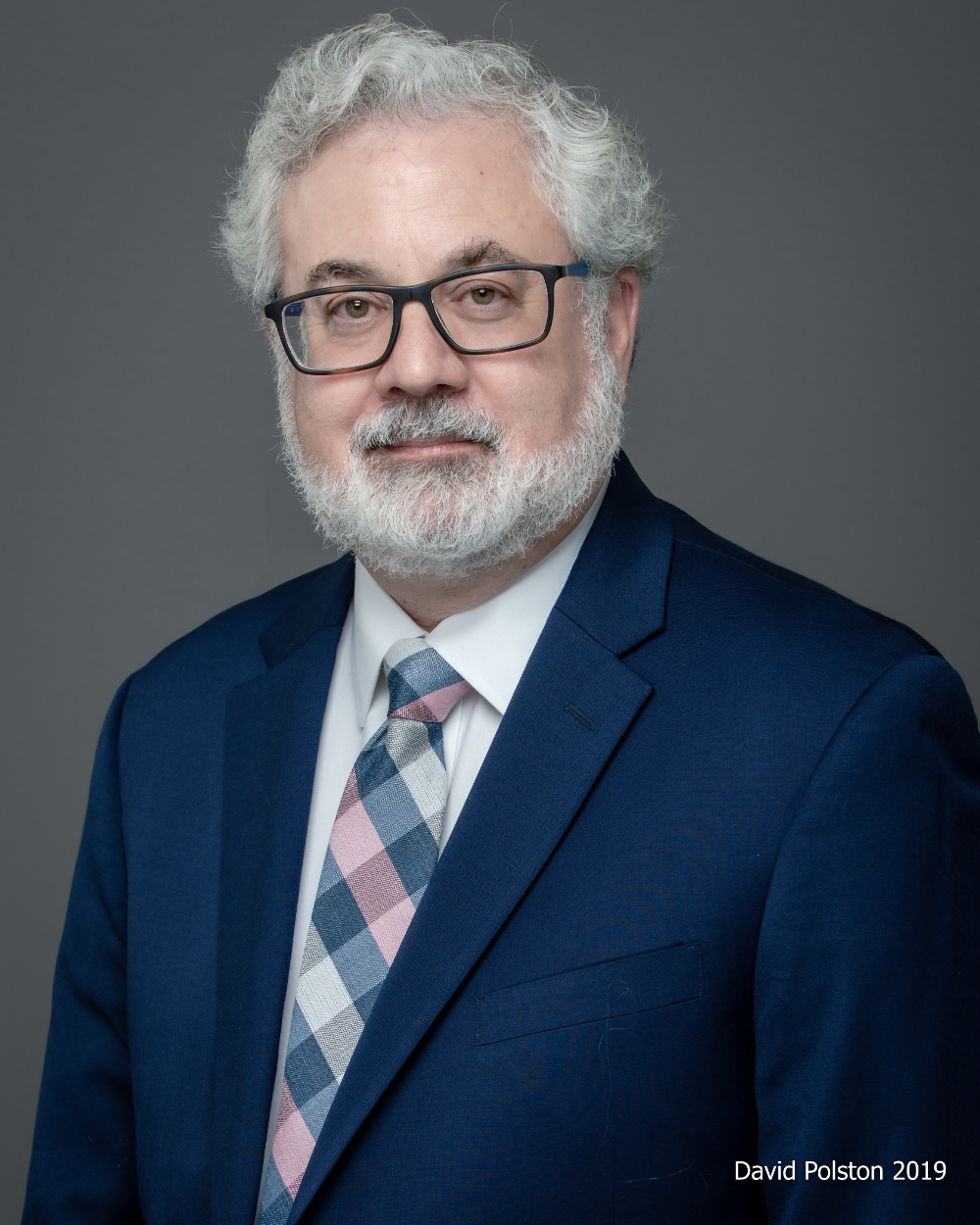 Robert W. Cross founded the Virginia Arts Festival in 1997 and has served as its only Executive Director and Artistic Director. During his tenure, the festival has blossomed into one of the major Arts events on the East Coast, transforming the cultural life of Virginia’s Hampton Roads region and making the area a cultural destination for travelers from around the world. The combination of stellar performances and easy access to some of America's finest historical sites and beaches has proved irresistible.

The Washington Post has called the Virginia Arts Festival the “Tidewater Tanglewood.” From a two-week festival in its first year, the festival has tripled in size and attendance. In 2018, it presented 73 ticketed performances throughout the region from mid-April through June, with patrons traveling from 49 states and 11 countries.

In addition to bringing top artists from around the world, Mr. Cross has made it the Festival’s mission to create and sustain new art from both international performers and area companies. Among the commissioning projects Mr. Cross has shepherded are: Ricky Ian Gordon's and Mark Campbell’s Civil War opera Rappahannock County; a new staging of the Maxwell Anderson/Kurt Weill musical Lost in the Stars; and a new staging of Romeo and Juliet by choreographer Mark Morris, set to the never-performed original Prokofiev score. Virginia Arts Festival recordings for Naxos include Rappahannock County, Stravinsky's Les Noces and The Soldier’s Tale, and the Schoenberg transcriptions of Mahler’s Das Lied von der Erde and Songs of a Wayfarer. Additional Festival recordings include Peter and the Wolf: A Special Report for NPR Classics, and the debut recording of the DiGiallonardo Sisters, who are frequent guests on A Prairie Home Companion, which has broadcast from the Festival multiple times.

Mr. Cross conceived the Virginia Arts Festival as a unique public-private partnership that receives support from area governments as well as corporations, foundations and individuals. With an annual budget of $7 million, the Festival can proudly claim the distinction of operating each season with a balanced budget. The Festival has also become a provider of arts education throughout the communities of southeastern Virginia. More than 30,000 area young people are reached each year through special performances for students, master classes, and workshops.

Mr. Cross graduated from the New England Conservatory of Music, where he studied percussion with Vic Firth of the Boston Symphony Orchestra. As a performer, he has worked with such conductors as Klaus Tennstedt, Colin Davis, Leonard Bernstein, Joseph Silverstein, Lukas Foss and JoAnn Falletta. He has recorded for Naxos, Northeastern Records, NPR Classics, Albany and New Albion.

Mr. Cross has also enjoyed a long association with the Virginia Symphony Orchestra. He joined the orchestra in 1981, and six years later was made principal percussionist, a position he still holds. He has performed at the Leonard Bernstein Festival of American Music, the Skaneateles Festival, Brevard, Eastern Music Festival and the American Repertory Theater.  In the pit with some of the world’s most prestigious ballet companies, Cross has accompanied the Bolshoi Ballet, Kirov Ballet, New York City Ballet, American Ballet Theatre, Birmingham Royal Ballet, Boston Ballet, Joffrey Ballet and the Martha Graham Dance Company. 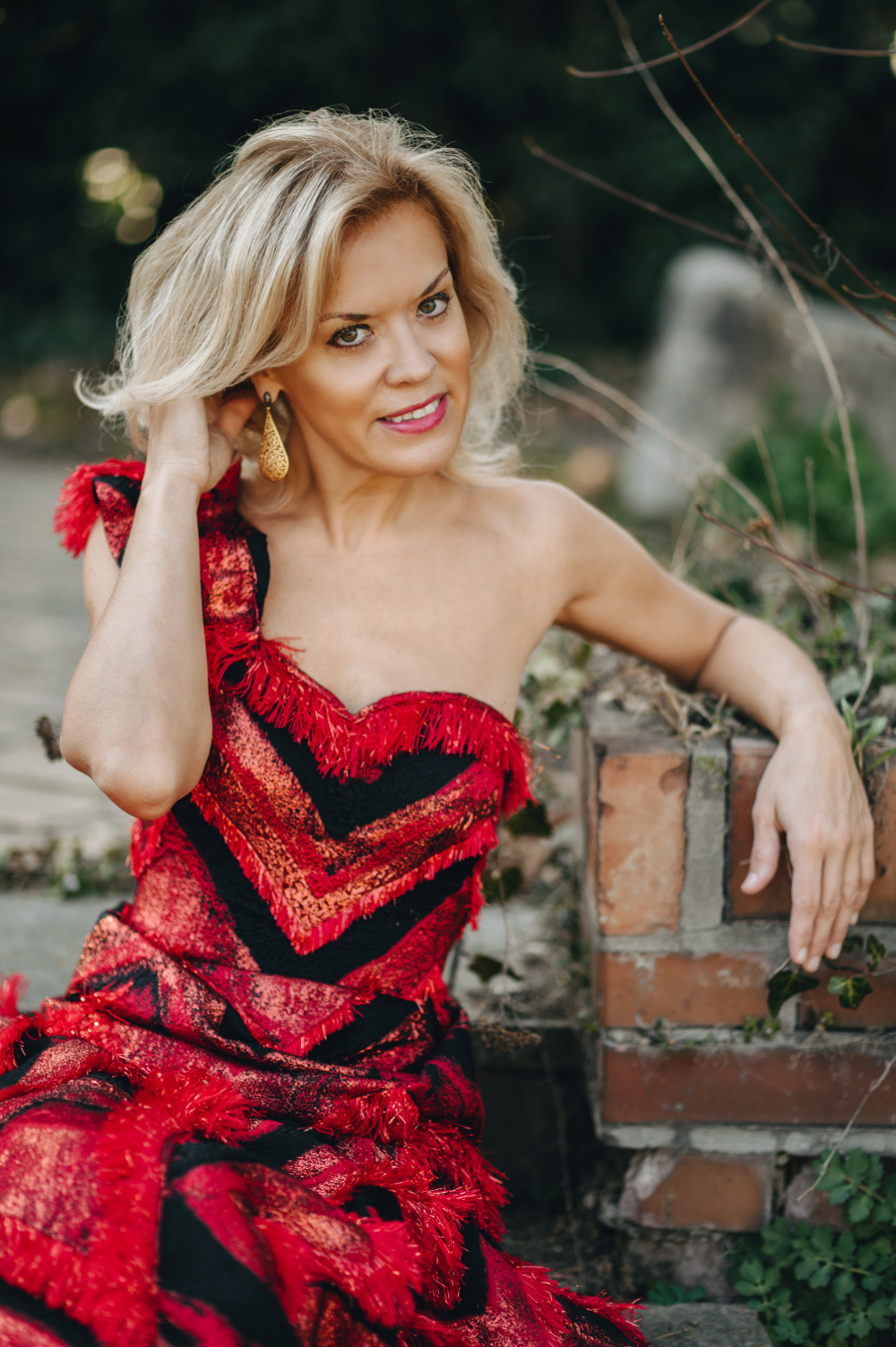 Internationally-acclaimed pianist Olga Kern is now recognized as one of her generation's great artists. With her vivid stage presence, passionately confident musicianship and extraordinary technique, the striking pianist continues to captivate fans and critics alike. Olga Kern was born into a family of musicians with direct links to Tchaikovsky and Rachmaninoff and began studying piano at the age of five. She jumpstarted her U.S. career with her historic Gold Medal at the Van Cliburn International Piano Competition in Fort Worth, Texas as the first woman to do so in more than thirty years.

For the 2018-19 season, Kern will perform with the Moscow Philharmonic, Santa Fe Symphony, and the St. Louis Symphony, as well as opening Pacific Symphony’s season. Olga will also be featured soloist with the Royal Scottish National Orchestra, both in Glasgow, and on their Spring 2019 US tour. She will appear in recitals in Chicago, Dallas, Detroit, Southern California, Zurich, and Milan.

Ms. Kern has performed with Tokyo’s NHK Symphony, Orchestre National De Lyon, Orquestra Sinfônica do Estado de São Paulo, the symphonies of Detroit for Tchaikovsky Piano Concertos 1, 2 & 3, Pittsburgh, Cincinnati, Nashville, Colorado, Madison, and Austin, and gave recitals in New York, San Francisco, Seattle and Louisville, and alongside Renée Fleming and Kathleen Battle. Ms. Kern's performance career has brought her to many of the world's most important venues, including Carnegie Hall, Lincoln Center, the Great Hall of the Moscow Conservatory, Salzburger Festspielhaus, La Scala in Milan, Tonhalle in Zurich, and the Châtelet in Paris.

Ms. Kern's discography includes Harmonia Mundi recordings of the Tchaikovsky Piano Concerto No. 1 with the Rochester Philharmonic Orchestra and Christopher Seaman (2003), her Grammy Nominated recording of Rachmaninoff’s Corelli Variations and other transcriptions (2004), a recital disk with works by Rachmaninoff and Balakirev (2005), Chopin’s Piano Concerto No. 1 with the Warsaw Philharmonic and Antoni Wit (2006), Brahms Variations (2007) and a 2010 release of Chopin Piano Sonatas No. 2 and 3 (2010). Most recently, SONY released their recording of Ms. Kern performing the Rachmaninoff Sonata for Cello and Piano with cellist Sol Gabetta. She was also featured in the award-winning documentary about the 2001 Cliburn Competition, Playing on the Edge, as well as Olga’s Journey, Musical Odyssey in St. Petersburg and in They Came to Play. In 2012, Olga and her brother, conductor and composer, Vladimir Kern, co-founded the “Aspiration” foundation whose objective is to provide financial and artistic assistance to musicians throughout the world.

In 2017, Ms. Kern was gratified to receive the Ellis Island Medal of Honor, joining other honorees including Rosa Parks, Buzz Aldrin, Coretta Scott King, and Supreme Court Justice Sandra Day O’Connor. This commendation recognizes Americans who “embody the spirit of America in their salute to tolerance, brotherhood, diversity, and patriotism.”

Virginia Arts Festival has cast one of Broadway’s leading lights in the role of a new, key position at the Festival: The Goode Family Artistic Advisor for Musical Theater and American Songbook.

And Rob Fisher knows his way around a song, for sure. A Norfolk native, this music director, conductor, arranger, and pianist was the founding director of the acclaimed Encores! series from 1994 to 2005; Encores! gained fame and a passionate fan following for its revivals of lost and classic works of American musical theater and won a Tony Award in 2000. Fisher continues to appear regularly as a guest conductor for the Encores! series

Among Fisher’s Encores! successes was Chicago: The Musical, which went on to become one of the most popular shows on Broadway, having celebrated its 21st year on Broadway in November 2021. Fisher continues to be music supervisor and arranger for the Broadway engagement of Chicago and serves as Music Supervisor for Chicago productions worldwide.

Virginia Arts Festival Perry Artistic Director Robert W. Cross noted “Rob Fisher has long been a frequent collaborator of the Festival, and his fan base here is just as devoted as the tens of thousands of New Yorkers who have loved his Broadway and Encores! performances. With his appointment as The Goode Family Artistic Advisor for Musical Theater and American Songbook, we look forward to many happy seasons of inspired concerts and more.” Fisher responded: “Performing in the Hampton Roads area has always been a welcome homecoming for me. I grew up in Norfolk and went to Norview High School (Go Pilots!). I have so many great ideas for shows with the Festival – collaborations with artists who inspire, explorations of the works of the great Broadway legends, and fun forays into American popular music through the decades. I can’t wait to get started!”

Fisher cut his musical teeth working on the Berkshire Theatre Festival’s 1978 production of the Gershwin musical Let ‘Em Eat Cake—the first-ever revival of this 1933 gem. With that, his lifelong love affair with the work of George and Ira Gershwin was launched. He was chosen to prepare the musical artists for the international Gershwin Celebration at the Brooklyn Academy of Music in 1987, which featured such performers as Leonard Bernstein, Mikhail Baryshnikov, and Bob Dylan. In the 1990s, Fisher served as artistic advisor of Carnegie Hall’s two-year Gershwin Centennial Celebration. His most recent contribution to the Gershwin legend came when he was chosen to supervise the creation of the score for the Tony Award-winning Broadway musical An American in Paris.

Fisher has conducted concert versions of musicals with some of the world’s great orchestras including the New York Philharmonic (Carousel, My Fair Lady), the Orchestra of St. Luke’s (Candide, Guys and Dolls, and The Sound of Music), and the San Francisco Symphony’s Emmy-winning concert production of Sweeney Todd starring Patti LuPone and George Hearn. He has appeared with the Boston Symphony, Chicago Symphony, Philadelphia Orchestra, and Cleveland Symphony as well as the Atlanta, Pittsburgh, Baltimore and National Symphony Orchestras. As a pianist, Fisher has performed as soloist in Gershwin’s Rhapsody in Blue and Concerto in F with orchestras across the United States. On public radio, where he served as Music Director and leader of the “Coffee Club Orchestra” for A Prairie Home Companion from 1989 to 1993, Fisher was a fan favorite.

Among the artists he has collaborated with are Renée Fleming, Kelli O’Hara, Idina Menzel, Brian Stokes Mitchell, David Hyde Pierce, and Patti LuPone. Fisher has worked with the Virginia Arts Festival to present many performances over the years including Kristin Chenoweth, Laura Osnes, Brooke Shields, Kelly O’Hara, Jane Krakowski, Patti LaPone, The DiGiallonardo Sisters, Mikaela Bennett, Ross Lekites, and Meredith Lusting. Among the awards Fisher has received are the Lucille Lortel Award for Outstanding Special Achievement (1997) and a Grammy Award for the Chicago cast album.

In the 2022 Virginia Arts Festival season, Rob Fisher is working on the Festival’s new production of The Sound of Music (co-produced with Virginia Opera), conducting the Virginia Symphony Orchestra in the pit; and will serve as music director, performer and conductor of the Festival’s 25th Anniversary Celebration performance by Renée Fleming and Kristen Chenoweth.