At the end of the March 2017 residency, Nkeiru Okoye/Carman Moore’s Bre’r Rabbit and Gina Leishman/Jan Dalley’s Vagabond were chosen for further developmental support in 2017-2018.

In September 2017, the Institute mentors reconvened in New York for meetings with the writing teams of Bre’r Rabbit and Vagabond, to discuss ongoing revisions to the two works.  A two-day intensive musical  workshop is being planned for each work in the spring of 2018.

Based upon the life of explorer and writer Isabelle Eberhardt, whose journals and unconventional way of life have fascinated since her untimely death by flash flood in the desert of Algeria, aged 27, in 1904. 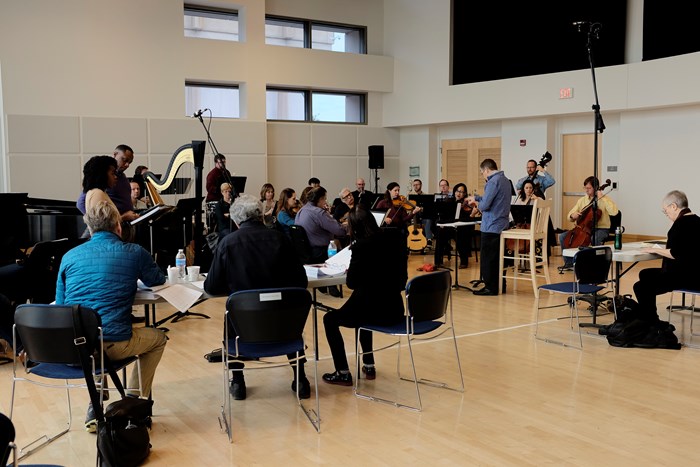 A folk opera triptych, based upon the “Bre’r Rabbit” tales. 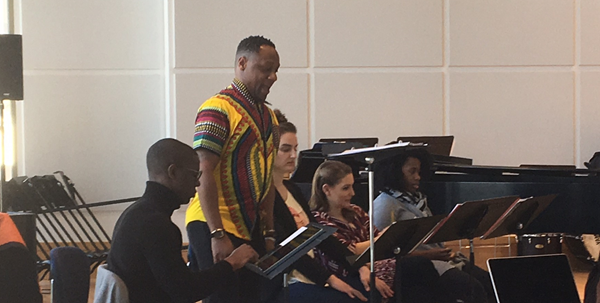 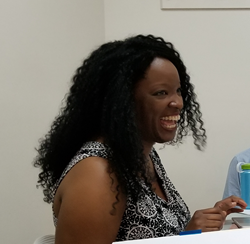 Hailed as “Sublime” by the CLEVELAND PLAIN DEALER, Nkeiru Okoye’s compositions are a musical quilt that draw inspiration from a dizzying range of influences—Gilbert & Sullivan, the Gershwins, Sondheim, Copland, gospel, jazz, and Schoenberg. Her theatrical works have been presented by American Opera Projects, Oberlin Opera Theater, Cleveland Opera Theater, the South Shore Opera Company of Chicago, and Hartford Opera Theater. Her symphonic works have been performed by the Philadelphia Orchestra, Detroit Symphony, Virginia Symphony, Indianapolis Symphony, Grand Rapids Symphony, New Jersey Symphony, and countless regional orchestras.  She is the recipient of numerous awards including an NEA Art Works grant for her opera, HARRIET TUBMAN: When I Crossed that Line to Freedom; and a Female Composers Discovery Grant from Opera America, for her comedy, We’ve Got Our Eye On You. She is the Director of Music Theory and Composition at the State University of New York at New Paltz where she teaches harmony, orchestration, and composition.